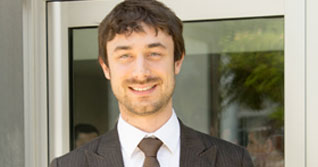 In line with the general recovery of the Italian market, La Linea Verde confirms positive trends for both its DimmidiSì brand and private labels.

The company managed to maintain its leading position on the fresh-cut market and keeps on growing. The group expects to end 2016 with a turnover of €225 million.

This has been possible thanks to continuous investments in process developments and new products to provide a wider range with the highest quality standards.

In 2016, the Group also invested a lot in advertising to support its DimmidiSì brand.  In March the company presented a TV commercial focused on its soups, winners of the prize “Product of the Year 2016”. In spring they started a billposting campaign near retail stores, and, in autumn, another TV commercial was dedicated to the DimmidiSì fresh soup range.

Feedback was positive as, in autumn campaign, there was an increase in sales compared with the same period in 2015.

The year was characterised by a strong “health and well-being trend” with a particular focus on the “vegetable” world. DimmidiSì represents innovation in several categories, since it has always promoted “healthy eating without giving up taste”.

DimmidiSì has also launched a veggie burger range which led to a significant increase in turnover as well as a range of salads which received good feedback from consumers.

Its strong position on the fresh-cut domestic market and its activities abroad – which cover 35% of the total turnover – both contributed to the Group’s success.

“What we achieved in 2016 confirms that we achieved the objectives we had set ourselves – we strengthened our business both in Italy and abroad,” reports Sales and Marketing Director  Andrea Battagliola.

To reach these goals, the group increased its workforce in all departments.

“In 2017, we will introduce new products and projects and carry on with investments – from communication to support our brand to the extension of our facility.”