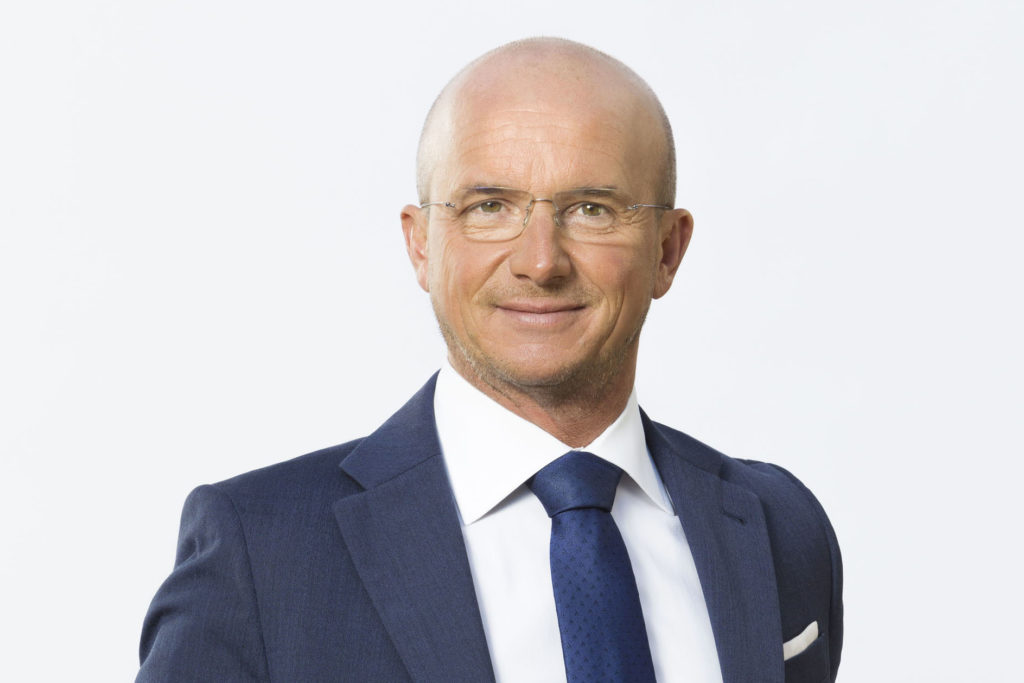 Domenico Battagliola, CEO of La Linea Verde tells us about the financial report 2018

On the occasion of the approval of the financial report, the company reflects on its investments and growth strategy.

La Linea Verde Group continues to grow: on 31st December 2018, it drafted its consolidated financial statement, registering a turnover close to 300 million Euros, 28% higher than in 2017. This confirms the positive trend which has seen the Group take centre stage in the fresh-cut market and the production of fresh ready-to-eat meals over the past few years.

La Linea Verde Soc. Agr. S.p.A., headquarters of the Group, situated in Manerbio (near Milan), has contributed to the growth of the entire Group. In fact, the company increased its the turnover by 13%: more than 20.5 million Euros over 2017 (174.9 million in 2018 compared to 154.4 million in 2017). In order to maximise industrial and commercial development, the Company has implemented purchase and investment strategies which slightly reduced the profit margins at the end of the financial year, but which have had a significant and positive impact on the company’s active and net assets. These investments will definitely yield results in terms of recouping profitability in the financial years to come.
This is a three-year and 15-million-Euro structural project, that will be completed at the end of 2019, improving the efficiency of the production site, both in terms of increased production capacity and energy savings. In addition to investments aimed at increasing the production, agricultural investments will also be made, with more fields and greenhouses dedicated to growing salad, through both integrated and organic farming.

Moreover in 2018, the company made commercial investments aimed at enhancing the DimmidiSì brand and the image of the Group, alongside advertising campaigns dedicated to promoting new products launched on the market. Also worth noting is the significant effort made this year in terms of human and economic-financial resources in order to adopt the new JD Edwards management IT system. These efforts are connected to the implementation of the management control system which will come into effect in 2019 aimed at seamlessly coordinating every strategic business area. As a result, Linea Verde Soc. Agr. S.p.A.’s EBIT has reached over 4.1 million Euros and its net income is over 2.2 million Euros.

With the aim of strengthening the fresh-cut range production, the Group has invested in a new farming company in Sardinia through Antiga Sardigna S.A. Srl, the local affiliated company. The investment consists of two farming production companies and a highly-technologically innovative production site.

The increase in sales registered on foreign markets, also contributed to a higher Group’s turnover. In Spain, the Group recorded a turnover of over 85 million Euros thanks to two affiliated companies: Vegetales Linea Verde Navarra S.A. and Productos Naturales De La Vega S.L.. In Eastern Europe, the agricultural and productive hub in Serbia which is in its start-up phase centred its resources on finalising structural investments.

“The numbers support our business consolidation and expansion strategy, but that is not the only thing we think about. Our investments are not only structural, they are also aimed at increasing our human capital, through new employment, staff training and development, to better face the challenges that the future holds. For example, in 2018, the workforce at the Manerbio premises alone increased by 14%”, says Domenico Battagliola, CEO of La Linea Verde. “Moreover we do not forget that we are farmers and that we operate on a short, transparent supply chain”. In Italy, there are about 2,000 hectares of land cultivated according to the same short, controlled, agricultural chain gathered under a single Producers’ Organisation “Sole e Rugiada” (Sunshine and Dew): “Thanks to this organisation, the Manerbio branch can fully manage its own supply of salads”, says Battagliola. “The precondition of our growth is the ability to welcome change and to embrace the opportunities that stem from it, while paying attention to our land, using both our heads and our hearts.” 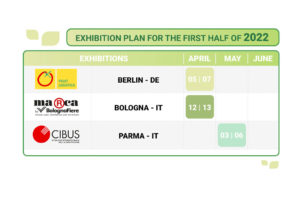 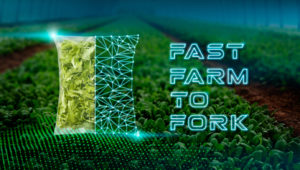 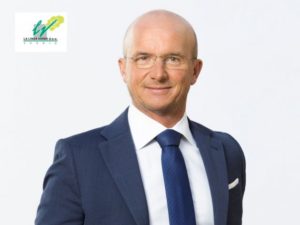 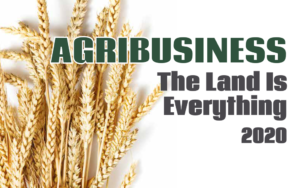 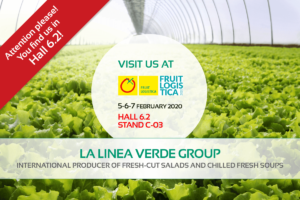 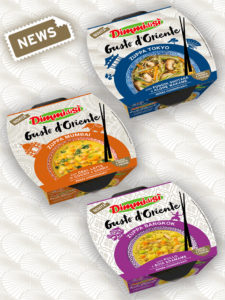 Read more »
PrevPrevLa Linea Verde offers new Asian-style soups … and the “wow effects” is guaranteed
NextLa Linea Verde at Fruit LogisticaNext
We use cookies to guarantee that you have the best user experience on our website. If you continue to use this website, you are giving your consent to the use of cookies Read more
Accept all cookies
Rifiuta tutti
Choose which cookies to accept
Cookie Box Settings
Cookie Box Settings

Choose which cookies you would like to allow. You can change these settings at any time. However, this could lead to some features not being available. For information on how to delete cookies, please consult the help function in your browser. FIND OUT MORE ABOUT THE COOKIES WE USE. CLICK HERE

By clicking on the icons, you can enable or disable the various types of cookies: